The medical mistreatment of women – past, present, and future 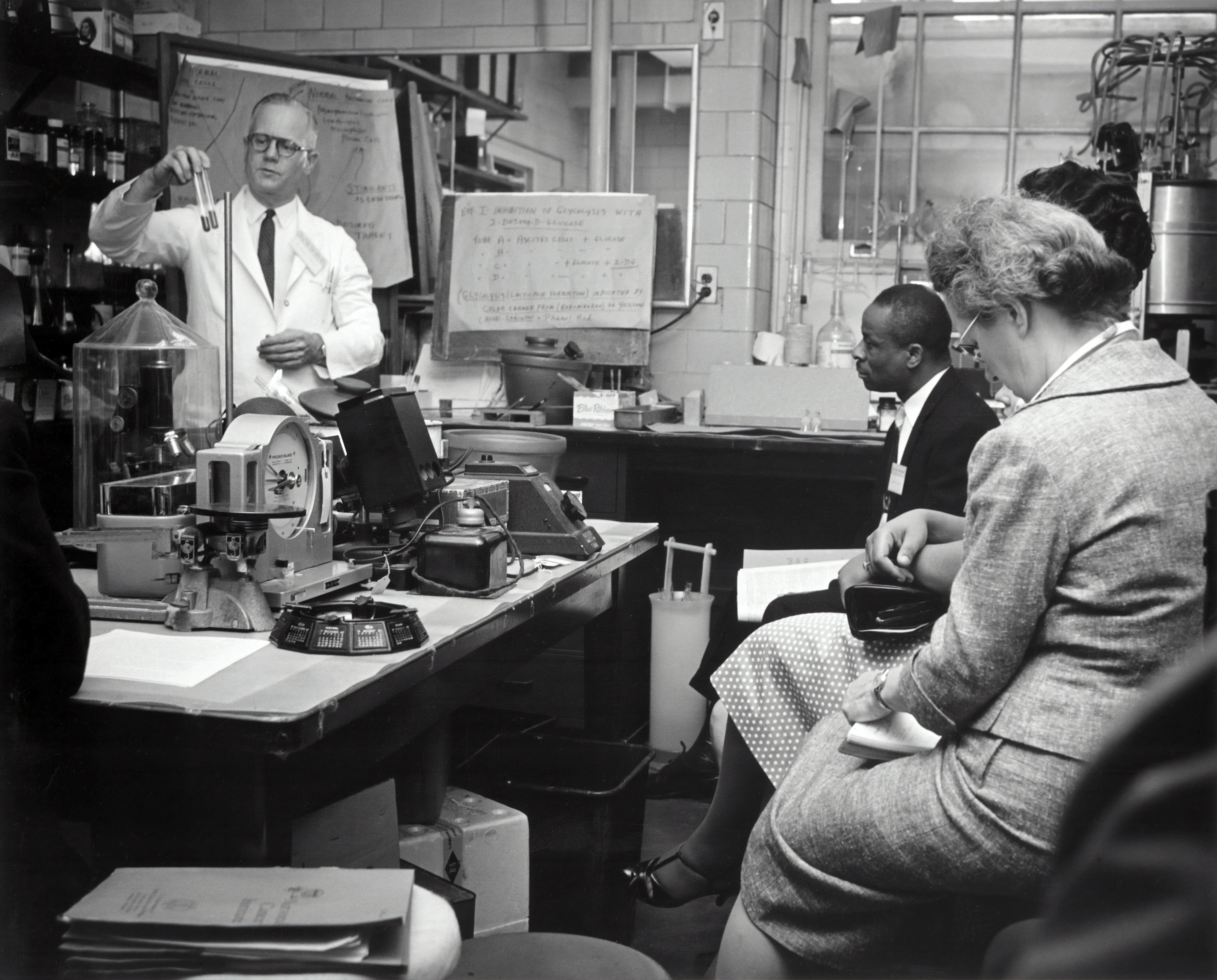 In the early 2000s, when Dr Elinor Cleghorn was in her twenties, she began to suffer from a series of symptoms including pain, swelling, nausea and poor mental health. The academic did not know what illness was causing these symptoms, and medical doctors proved no help: they dismissed her pain as the inconsequential result of ‘female hormones’, for which nothing could be done. Vindication was mixed with sorrow when, seven years after she initially experienced symptoms, a rheumatologist diagnosed her with lupus.

This ordeal inspired Cleghorn, a freelance writer and researcher who completed post-doctoral work at the University of Oxford, to write her nonfiction book ‘Unwell Women: A Journey Through Medicine and Myth in a Man-Made World’. As Cleghorn explains in her book, this pattern of dismissal and misdiagnosis is disturbingly prevalent both in the history of medicine, and persists in present times. The face of modern medicine is blighted with the ugly boil of sexism, which manifests itself in the dismissal of female pain, male bias in medical trials, and systemic discrimination in medical institutions.

Doctors often dismiss and diminutise female pain with the assumption that this pain is psychological rather than biological. This is evident in that women are more likely than to be offered sedatives or antidepressants instead of targeted pain medication. Cleghorn, for example, writes that women are more likely than men to receive tranquilisers than analgesic drugs, and are less likely to than men to be referred for further testing in the service of accurate diagnosis. It seems, then, that, as Jackson notes, doctors crudely fill in the gaps in their medical knowledge with ‘fabricated hysteria narratives’.

Such ‘hysteria narratives’ are rooted in the ancient origins of modern medicine. In the third century B.C, the Greek philosopher Aristotle described the female body as a mutilated, inverse male body in ‘On the Generation of Animals’. From the very beginning of modern civilisation, then, women were characterised as deficient and defective in relation to the anatomical perfection of men.

Marked by bodily and biological difference, the defining trait of the female body was the womb. Aretaeus, a physician from Cappadocia who lived in the second century A.D, dehumanisingly described the womb as ‘an animal within an animal’. Indeed, the very noun ‘hysteria’ derives from the Greek word for the uterus, ‘hystera’. These sexist conceptions of the female body, which resolutely position women below men in the somatic hierarchy, reverberate throughout the history of medicine.

In the 19th century, in particular, doctors were quick to assume that female pain had emotional rather than physical causes; this assumption was likely predicated in the classical diminution of the female body. As Cleghorn neatly summarises: ‘[t]he historical – and hysterical – idea that women’s excessive emotions have profound influences on their bodies, and vice versa, is impressed like a photographic negative beneath today’s image of the attention-seeking, hypochondriac female patient’. 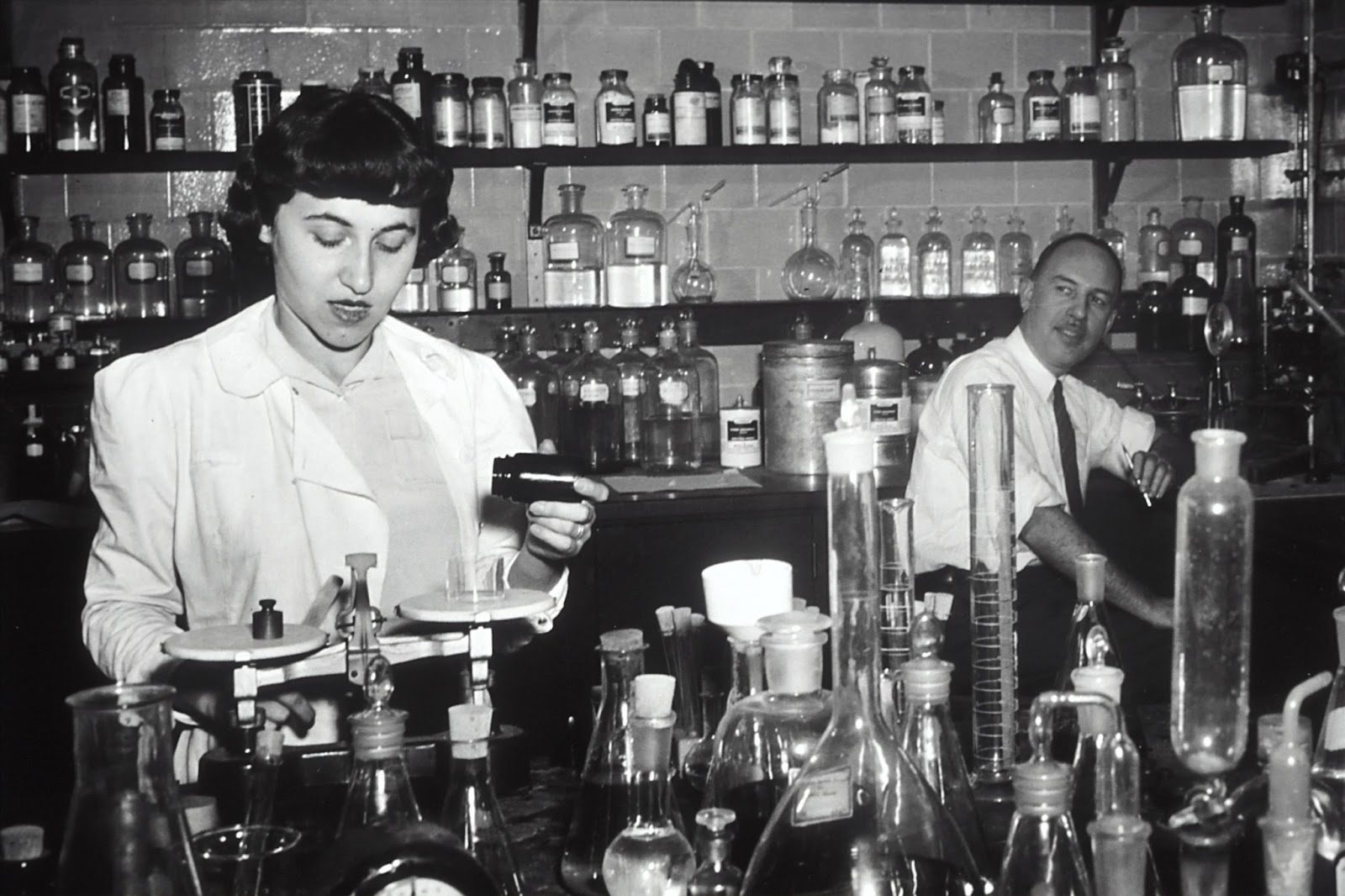 And, as a consequence of the dismissal of pain, this purportedly ‘attention-seeking, hypochondriac female patient’ is often forced to wait years for a correct diagnosis. For example, the average time from the onset of symptoms to diagnosis for endometriosis is eight years, despite the fact that this is the second most common gynaecological condition and affects roughly 10% (190 million) of women and girls of reproductive age globally.

Although this pattern of dismissal and misdiagnosis is thus grounded in historically sexist ideas of the body, it is also grounded in misunderstanding. In the twentieth century, women were under-represented or not represented at all in clinical trials.

In Maya Dusebery’s 2018 book ‘Doing Harm: The Truth about Bad Medicine and Lazy Science Leave Women Dismissed, Misdiagnosed and Sick’, she chronicles several exclusions of women in clinical trials. For example, in the early sixties, researchers noticed that rates of heart disease increase as oestrogen levels drop after menopause in women. They conducted a clinical trial to determine whether hormone supplementation could mitigate this increase. Almost laughably, the study enrolled 8,341 male participants and zero female participants. Similarly, a study at Rockefeller University, which was underwritten by the National Institute of Health, analysed the effects of obesity on breast and uterine cancer without enrolling any women.

Such exclusions of women in studies which purport to investigate issues of women’s health are clearly patently absurd. But women were also excluded from studies which supposedly explored universal health problems. The Baltimore Longitudinal Study of Aging, for example, which began in 1958 and looked at ‘normal human aging’, did not include any female participants for twenty years. 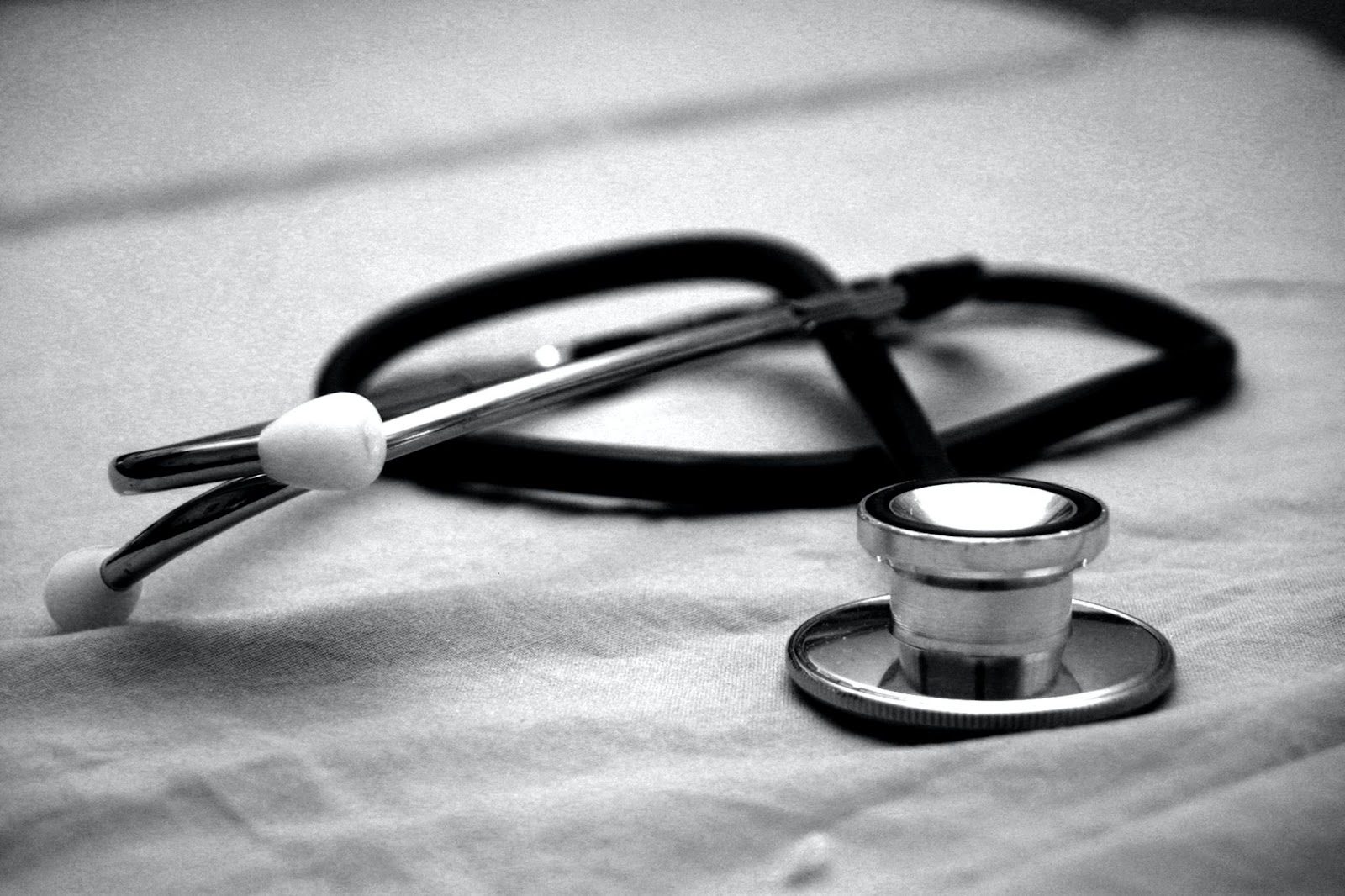 There were three main reasons that researchers cited for the exclusion of women in clinical trials, and for not exploring issues of women’s health. First, they claimed that the female hormone cycle, which lasts twenty-eight days on average, introduced too many variables into the study. Second, and relatedly, they suggested that the metabolic interference of hormonal contraception was not conducive to proper scientific study. Third, they argued that, since women are born with all of the eggs they will ever produce (as opposed to men who produce sperm continuously), they did not want to compromise their reproductive potential with drugs of unknown toxicity. The fact that the twenty-eight-day female hormone cycle introduces an allegedly ‘inconvenient’ level of variability into study does not mean that women do not deserve medical research and treatment. Women’s health should not suffer in the name of inconvenience. Women taking hormonal contraception constitute a significant proportion of the population, and their reproductive choices should not determine their access to health care. Following the campaigns of feminist health activists in the 1960s, 70s and 802, the FDA and NIH mandated the inclusion of women in clinical trials in 1993. The different biological and chemical constitutions of men and women substantiate the mandate that researchers must investigate the effects of drugs in both sexes. Indeed, in 2005, eight out of the ten prescription drugs which were withdrawn from the US market were so done because of their untoward impacts on women’s health, which had not previously been explored. As well as permeating the history of medicine and the gender divisions of contemporary clinical trials, sexist attitudes are evident in modern medical institutions. A 2021 BMA report on sexism and gender bias in medical workplaces revealed that women, disproportionately experience discrimination. The report notes that, despite women constituting 46% of UK-registered doctors and the majority of medical school entrants, the stereotype of the ‘male doctor’ persists and contributes to incidents of gender discrimination which leads to female doctors ‘being undervalued, having their competency doubted and their morale impacted’. Saliently, 70% of female medical professionals thought that their colleagues had doubted their abilities because of their gender, compared to only 12% of male respondents. Despite significant changes in the medical profession, such as the mandated inclusion of women in clinical trials, it is clear that this is not enough. The inherently sexist origins of modern medical practices, the male bias of clinical trials and institutional instances of gender discrimination demonstrate that much remains to be done in relation to rectifying the medical mistreatment of women. 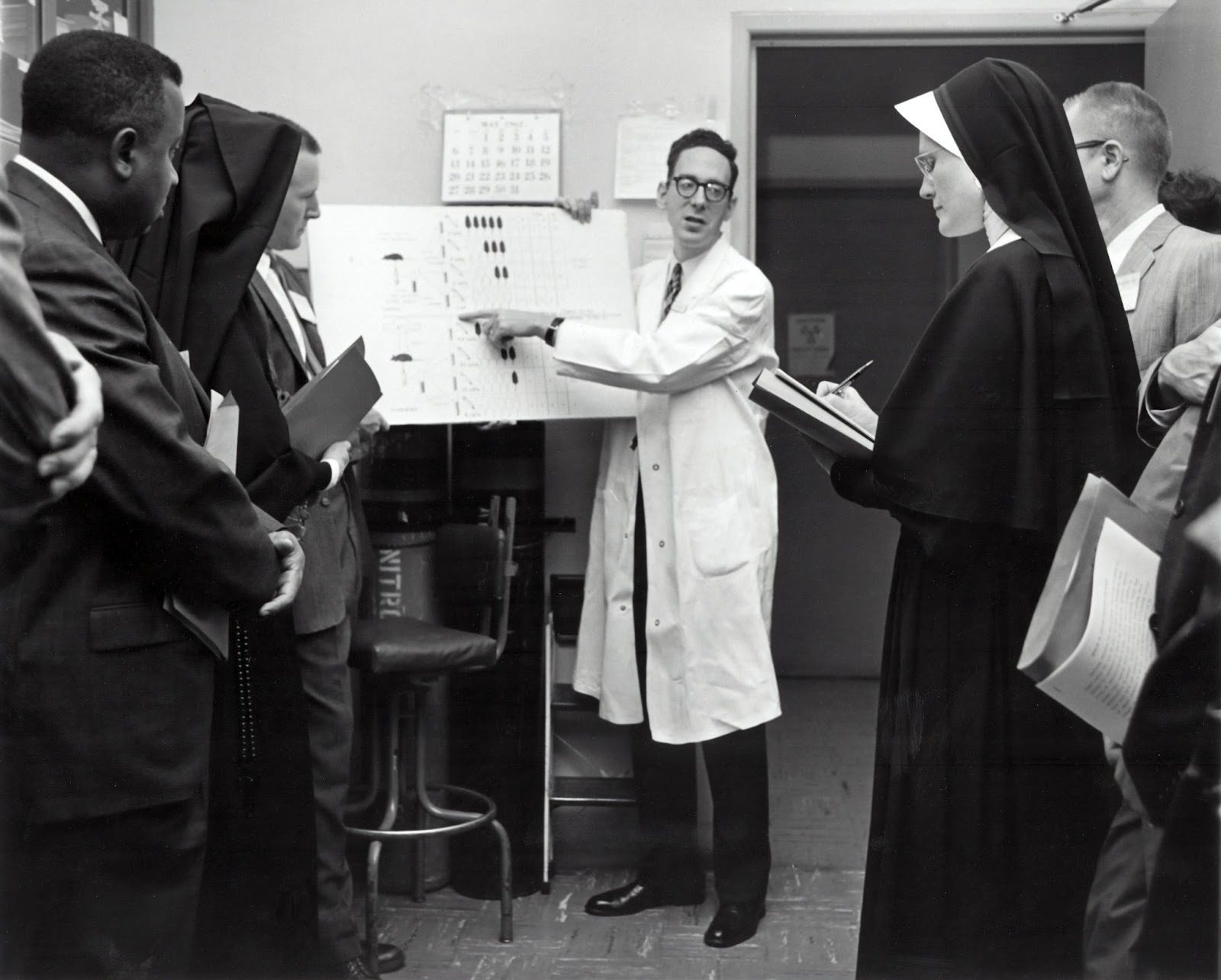