Hope for innocent inmates in Nigeria — an interview with Oluyemi Orija, founder of the Headfort Foundation 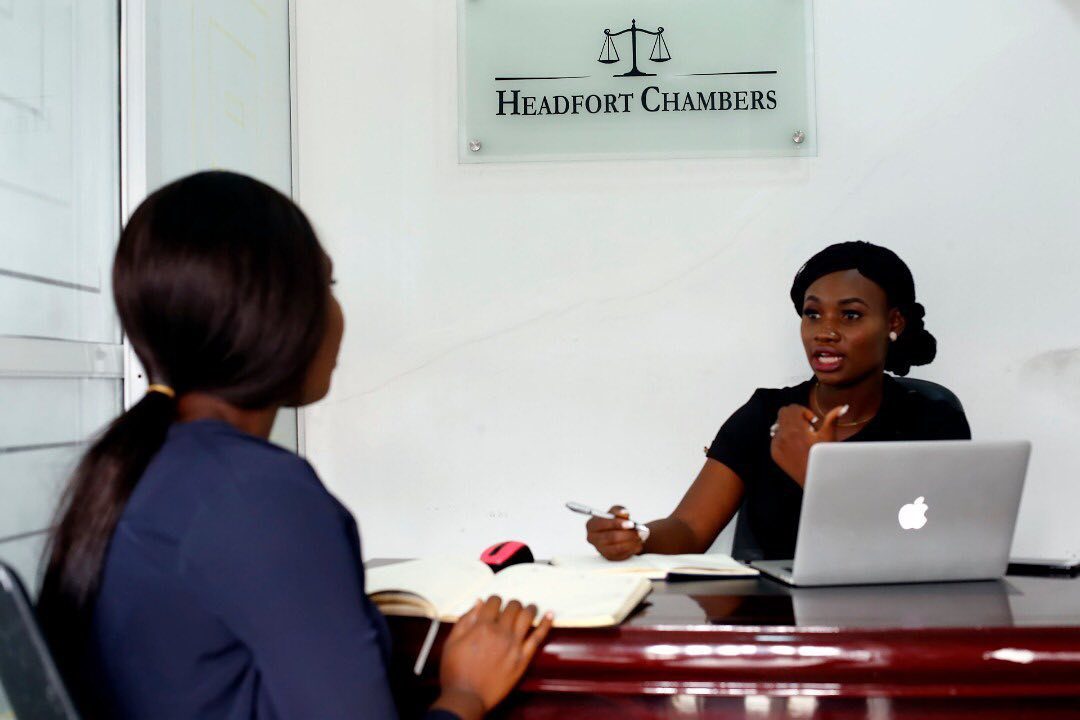 Oluyemi Orija is a Nigerian lawyer who founded the Headfort Foundation in 2019. This not-for-profit organisation, which is led by an all-female team, offers free legal services to those awaiting trial in prison. In doing so, Orija and her team aim to combat the corruption of the Nigerian justice system, which often leaves innocent people to languish in prison for years.

Growing up in the Yorubaland, Orija explains how her father was an inspirational figure. First, he valued education immensely: a teacher himself, he helped her mother go to school and he ensured that his daughter had access to an excellent education. Having been given the privilege of education, Orija studied law. Second, he was a ‘community man’: he devoted himself to developing his community and helping the people around him. After observing her father dedicate his life to others, Orija adopted his conception of success: ‘to him, success is not about the amount of money you have’, it is about ‘the impact that you make in people’s lives’.

Third, and perhaps most significantly, Orija’s father would administrate justice in their village. When people would have disputes, they would ask him to mediate informally so as to reach an agreement. He was so successful in thus making peace that he was appointed a justice of the peace in their district court.

Having witnessed first-hand the positive effects of dispute resolution, Orija described her admiration for her father’s work and the respect which it accrued to his person. This prompted him to suggest that she become a lawyer. At this stage of her life, she notes, ‘I knew I wanted to impact lives, but I didn’t know how’. Her father had given her principles, and now she wanted to put them into practice.

The solution came after Orija was called to the bar in 2010 and had spent several years working with different law firms. It was at this point that the lawyer realised that the best platform for her to implement her philosophy would be a non-profit organisation, and she set her mind to founding one. The basic impetus behind creating the Headfort Foundation, Orija tells me, was to ‘create access to justice for vulnerable people’.

Orija and her team, which consists of herself, a secretary, and two other lawyers, began with the prison system. Orija explains: the prisons in Nigeria are very congested. Over-crowding means that, on average, capacity is exceeded by over 300%, as there are 3,000 inmates for every 800 prison places. When Orija visited a prison in 2018, she realised that most of the people who are incarcerated are not actually convicted of any crimes, but are rather awaiting trial.

Orija explains that, oftentimes, someone who is charged with an offence for which the maximum penalty is two years in prison spends four years awaiting trial. ‘[T]hat is not justice in any form’, she asserts. These people did not have anyone who could help them; but Orija thought that ‘if they had lawyers fighting their cause, probably they would not spend as long as that in prison, or they might not even get to prison in the first place’. This realisation motivated her to create the Headfort Foundation in March 2019. 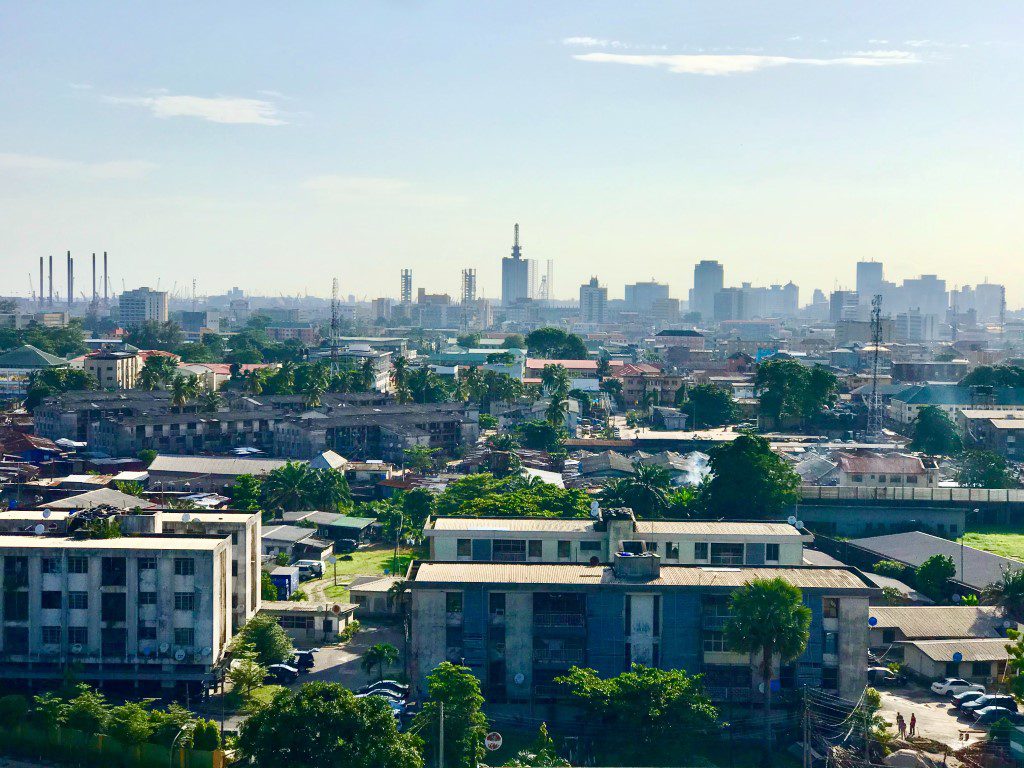 The organisation helps inmates access justice via proper, free-of-charge legal services. In July 2022, the team was in the process of handling about two-hundred cases, and had previously helped three-hundred-and-nine people out of prison. Due to the difficulties of accommodating to normal society, however, the probability of these people returning to prison is very high. This sad likelihood spurred Orija and her team to launch an initiative to help their clients adjust to life after prison. Common challenges include finding accommodation, reliable employment, education and healthcare. The Headfort Foundation works in collaboration with other organisations to address those needs.

Orija identifies a lack of education as one of the most consequential challenges which people face. First, many inmates were landed in prison because they were not educated as to their rights. For example, the police sometimes make people sign statements which they did not understand because they cannot read or write in English, which is the official language of Nigeria. Orija explains that she has seen situations in which the police – acting unjustly either spontaneously or due to a bribe – record a statement which is entirely contrary to what actually transpired, and then force the suspect to unwittingly sign the statement.

Orija therefore works to educate people on their fundamental human rights, and urges them to call a lawyer before making or signing any statements. Thanks to the Headfort Foundation, such services are free, and the recent establishment of an application called ‘Lawyers Now’ means that they can be accessed all over Nigeria. This application helps connect clients with local lawyers who can accompany them to police stations and ensure that they are not being victimised. Orija summarises the aspirations of the Headfort Foundation thus: to increase access justice, to provide after prison care, and to educate.

The clientele of the Headfort Foundation satisfy a number of conditions. First, they must be indigent. With a grin, Orija acknowledges that, as a lawyer herself, she ‘wants lawyers to make money’, and so will not offer her services for free if a client can afford the service of a lawyer. Naturally, she also wants her services to go to those who most need them. Second, they must be awaiting trial, not convicted. Third, they must be charged with a minor offence. This third condition is because there is an unjust asymmetry in the time schemes of penalty versus time in prison awaiting trial: punishments for minor offences are two or three years, while people often spend five years in prison waiting for their cases to go to trial.

There are, however, exceptions to these rules: sometimes the foundation takes on a client charged with a capital offence. Orija describes one such exception. In 2019, when the organisation was first accepting clients, Orija personally took on the case of a man who, at the time, had spent nine years in prison while waiting for trial. In 2010, he was accosted by the police while travelling to visit his parents. They were not wearing police uniform, and did not identify themselves as the police as they proceeded to obstruct him. Eventually, the man punched an officer, and was arrested. At the police station, they did not let him contact his family, and forced him to sign a statement that he was an armed robber.

In 2019, having spent nine years in prison, the man had given up hope, and was ready to die behind bars. After hearing his story, Orija spent six painstaking months locating his missing file, procuring bail, and eventually getting the man released. He was released in June 2022 after over eleven years in prison. Orija explains that this case, in particular, stood out because ‘anyone in Nigeria, including me, can be a victim of the justice system’, and ‘people could be completely forgotten in prison’ if no one is fighting for you. 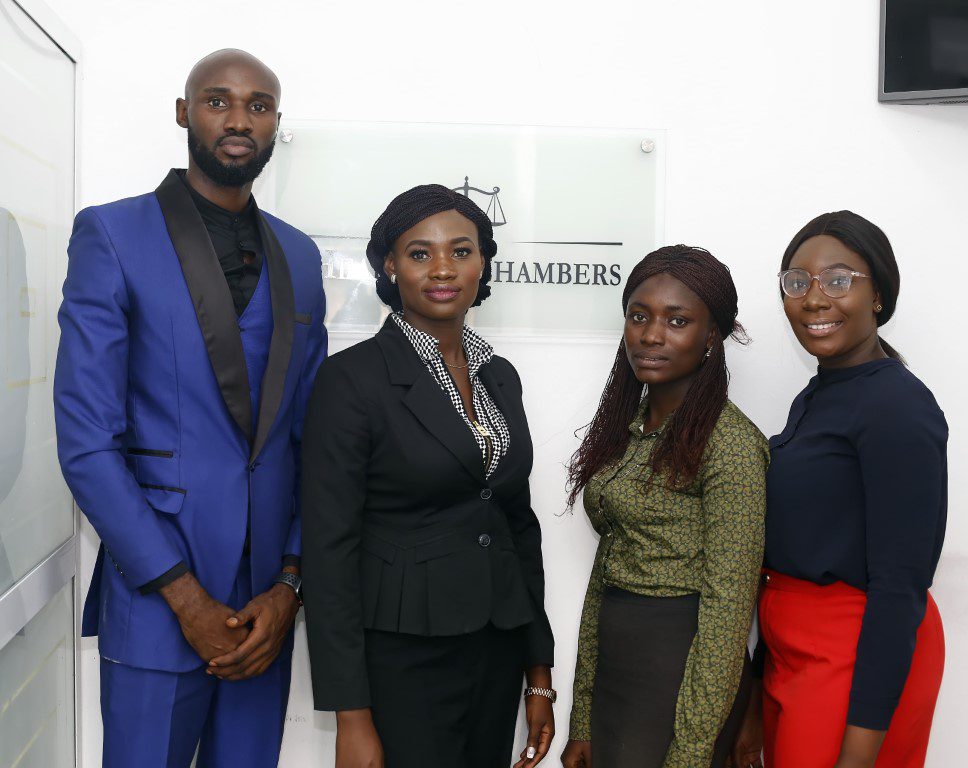 Currently, the Headfort Foundation has offices in three of Nigeria’s thirty-six states and one federal capital territory, and through the application they are virtually present throughout the country. Orija aspires to open physical offices throughout Nigeria and to extend their services to other parts of Africa, because the foundation deals with ‘a continental problem’. Across the continent, she says, ‘anyone can be a victim’, and ‘just to access justice in Africa is really challenging’.

Orija is adamant that the Headfort Foundation will continue to offer free legal services to those who most need them, and it is on these terms that she wants to expand to other parts of Nigeria and the continent as a whole.